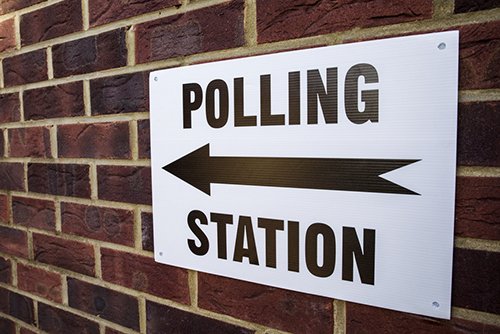 A sign outside a Polling Station on election day in the UK.

With no Philip Hammond its a new look lineup for the parliamentary candidates for Weybrigde and Runnymede constituency!

We asked all those standing for candidate information and a personal statement, you can read what they sent in right here!

We have also now added links to party manifestos as they have become available. 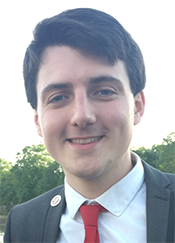 Home Life/Interests – I’m a keen swimmer at Egham Orbit and I enjoy running around Magna Carta Meadows. I was the first in my family to attend University – the son of a factory fitter and council officer. Hard work and aspiration has always been the core of family life for me.

EU referendum – I voted Remain as I believe it’s best for my Country, British Jobs, the economy, the NHS and most importantly my family.

Links to the local area – I’m a former Royal Holloway student and tutor. I now work and live locally, both at the University and for a firm based in Egham. I’m a Runnymede Councillor for Egham Hythe.

(1)Tackling the Housing Crisis;  we should be building more genuinely affordable homes in Runnymede- for local people and ensuring students are not forced into unsuitable accommodation outside halls.

(2)Reversing public spending cuts, A Labour government will invest to create an NHS fit for the 21st century especially at St Peter’s Chertsey. Weybridge Health Centre must be rebuilt quickly. Additionally Labour will invest in services to cut the number of pensioners and families in poverty.

(3) This country needs a green industrial revolution, to tackle climate change by strategic investment in a low carbon economy in partnership with local businesses 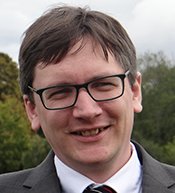 I am Rob O’Carroll the Liberal Democrat parliamentary candidate for Runnymede & Weybridge. I was born in and grew up in London and after studying at Bradford university I moved back to London with my young family. A lifelong liberal the 2015 General Election spurred me into becoming more politically active and to build a better world for all our children.

I have both friends and family who work in health, education, social services and the police. This, and having worked for councils in their Planning, Education and Highways departments, gives me an insight into the challenges facing these vital public services.

In May 2018 I was elected as Councillor for Whitton ward in the London Borough of Richmond. I was appointed as the First Disability Champion in the Borough.

Since appointment I have:

• Advocated that the Council obtain as Accessibility Audit.

• Helped set up and sat on a Task and Finish group which looked into the difficulties facing those with Special Educational needs (SEN) in gaining and keeping employment.

• Sat on the Regulatory committee and dealt with high profile licensing decisions including the RFU ground in Twickenham.

As the father of children with special educational needs and having been assessed as requiring educational assistance myself, which enabled me to continue my education to a degree level, I have been keenly aware of the difficulties facing the education sector especially around SEN provision.

We are in interesting times not just in the United Kingdom but in Runnymede and Weybridge. For the first time we have a chance to give this constituency a liberal internationalist, forward looking Member of Parliament.

Some would have this be the Brexit election but the current government has failed on so many more fronts. They claim that they will build more hospitals when they cannot even fully staff the hospitals they already have.

Councils across the country have declared a climate emergency and we need to set ambitious targets at all levels from personal to international.

The economy needs money to flow not stagnate in the offshore accounts of the super rich. We need to make being in work better than being on benefits by increasing wages rather than slashing benefits.

We need to build an inclusive society that values every member. We need to think how our decisions affect others, especially those who needs are different from ours.

The Conservatives claim that they will build more hospitals when they cannot even fully staff the hospitals they already have.

When people turn for help, too often help is not there. For the first time ever, the average wait for a routine GP appointment is now more than two weeks, our cancer survival rates are below the European average and we have one of the worst rates of depression in the EU.

Ashford and St Peters Hospital Trust has over 500 permanent job vacancies. We would bring back bursaries for nurses and midwives to start to address this.

We need to tackle the taboos surrounding mental health and insure there is appropriate funding. More than half of British adults with a diagnosed mental health problem report having to wait more than 4 weeks to see a specialist with over a quarter having to wait over three months.

By putting a penny in the pound on income tax and ring-fencing £11 billion in funding for mental health, the Liberal Democrats will provide real parity between mental and physical health care. We want to make prescriptions for people with chronic mental health conditions available for free on the NHS, as is the case for conditions such as cancer and diabetes.

Brexit, either carried out by the Conservative or Labour Party, will put the NHS at risk. Our commitment will ensure it is kept safe and out of the hands of Donald Trump.

If elected I promises:

• To be an advocate for all people of Runnymede & Weybridge.
• To Campaign for Liberal and Democratic ideals.
• To foster hope not hate. 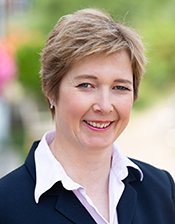 I am the only credible alternative to voting Conservative in this constituency.

I care about us – all of us. I want to restore integrity and accountability to politics and our institutions, holding them to account and using intellect and innovation to change things properly. My background shows that I have the experience and strength of character to do this.

I stood originally to take on Hammond and his actions, to represent the conservatives here and residents who aren’t being listened to and are fed up with being treated with contempt by Conservative central office – dropping in non-locals who will toe the party line regardless of what we want as a constituency.

Background and Career – I have lived and worked in the constituency for over 20 years working for corporations and running my own businesses. I began as a research physicist for the navy before joining a graduate fast track into IT and Business.

I punched through the glass ceiling and became an international business strategist and board executive, solving complex problems in companies worldwide, dealing with governments, trade unions, special interest groups etc. to get results. I have mentored companies in Silicon Valley, taken them to the stock markets and venture capitalised them. I have been responsible for running companies and sitting on boards worldwide.

I then changed career to give something back and follow my interests in rehabilitation medicine, sports science: enabling humans to achieve, at every age and in every situation they find themselves. My practice is respected internationally and is based in the constituency.

I come from a working class family who were the first to buy their own home and who succeeded through adversity and by hard-work. I choose to go to a good local state comprehensive despite being awarded scholarships to private school and having a Mensa IQ. I knew my family couldn’t take the extra strain or the financial burden of me being in private education and I don’t regret it.

Interests – I have always been an outdoor and watersports enthusiast, ice-climber, mountaineer, caver. I broke my back aged 18 and despite being told I wouldn’t walk or play sport again, I got selected at international level at rowing and rugby – and coach both. I’m a scuba diving instructor and have been involved in ocean and mountain conservation my whole life. I’m a keen cyclist and race time-trial bikes.

EU referendum – I voted Leave and I still stand by this. I am the only credible Leave candidate. As a scientist, I researched the facts not big business, or party, propaganda. As I did, it became appallingly clear how the EU economy was failing and how we would fail with it. More so, now that Hammond signed us up to cover the financial collapse of the EU. Even the IMF this month has told the EU to make emergency preparations for their imminent failure. With no economy, we can’t do ANYTHING we want.

Democracy & Politics – Democracy and the right to self-determination is the foundation of everything we have in this country.  We can’t pick and choose what votes count or which voices matter. We have had 12 UK referendums and each has been honoured – except this one. I stand to honour the referendum and all voices in our country. Politics is broken and many voters have no home for their vote. I want to give you a real choice and your vote a home. 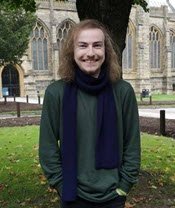 Benjamin is a young professional in the arts and entertainment industry. He is standing to give the local residents a truly radical and independent voice for his community.

A local resident of the constituency, he is fed up of the main parties paying lip service to the climate emergency.

If elected he promises to campaign against the expansion of Heathrow, which would see the constituency turned into a building site for years to come. Support clean air zones in our urban centres, and ensure the area benefits from the Green New Deal.

He also supports the nationalising of our railways to ensure we as constituents get a good value service, leading to eventual free public transport.

He believes the public should be given a final say on any brexit deal now we know what is on offer, and that this is the fairest way to break the deadlock we are suffering.

Please support him and Vote Green on December 12 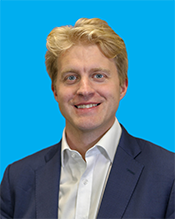 Ben has worked for the past 10 years as an NHS doctor, specialising in mental health. So, he knows the challenges that many hard-working people face. Ben is passionate about mental health, especially parity of esteem between mental health and physical health, and public health measures to prevent mental illness.

He believes that the Mental Health Act needs reform and was on one of the working groups in the recent Independent Review.

For the past 3 years Ben has volunteered for a homelessness charity in London, going out at night helping people to come off the streets, and recently was a Public Governor for an NHS Mental Health Foundation Trust.

Ben went to a state grammar school in the West Midlands and attended medical school in London. He is married and has two children.

Ben says, “I believe that everyone, no matter their background, needs great opportunities in life: a quality education, a stable job, the chance to own your home, to raise a family, and the safety net of strong public services.”

The priorities for Runnymede and Weybridge are:

To get our flood defences built for our community. Flooding is a big concern for many, the Thames flood defence project must be urgently delivered.

Better mental health care. Mental health care must be given equal priority as physical health.
Cracking down on crime. Dealing with anti-social behaviour, theft and burglary, and illegal traveller incursions.

Ben will be talking to as many local people as possible over the next few weeks, and if he is elected as the MP for Runnymede and Weybridge, he will be a strong voice in Parliament for our local communities.